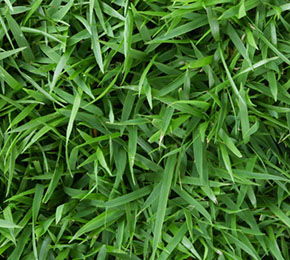 Getting started with Zoysia

Are you planning to sod your yard in the coming days? If yes, you would likely be looking for suitable sod. But, have you thought of the one you are going to select? Thus, there are different types of sods out there. So, choosing the most suitable is challenging. Thus, Zoysia Sod might be appropriate sod for your yard.

Without pointing on the difference between the kinds of sods. You can easily turn your new yard into a terrible one. If you wish to know about Zoysia, don’t get tense. As we are offering you a complete information guide. Moreover, side-by-side comparison of zoysia sod. So, without any further doing late, let’s get going.

What is Zoysia Sod?

Zoysia Sod is deep green in color and usually used in both landscapes. i.e., commercial and residential. Such as sports fields, golf courses, roadsides & medians. It tolerates extreme heat and cold weather. Furthermore, it is the best-adapted turf for the transition zone. i.e., from Baltimore to Cincinnati to St. Louis and West. And then south to Miami. Thus, allowing the broadest geographic distribution of all zoysia turf grasses.

The History of Zoysia

Zoysia is a warm-season variety. Second, it’s native to southeastern and eastern continental Asia areas such as Japan, Korea, and China. There is a genus of eight species named after Austrian botanist Karl von Zois. Moreover, three of the different species are common in the United States. These three types of zoysiagrasses are:

Each of these three zoysia grass types differs by cold tolerance, appearance, and aggressiveness. This sod made its first appearance in the US. As botanist C.V. Piper initiated it over from Manila. However, Zoysia Japonica especially was introduced to the United States in 1895.

The Ultimate FAQs about Zoysia

How quickly does Zoysia spread? If you are planting a yard by seed, it can take a long time. Thus, some sources will not even germinate the first year. Let it start by plugs or sprigs planted 6 inches apart. Then it will take at least two years to fill in.

How short should you cut Zoysia?

When it comes to height, Zoysia sod mowing is best at altitudes of 1 to 2 inches above the soil line. Thus, the initial cut at the beginning of the season can be shorter to remove dead leaf tissue. Moreover, to increase the rate of green-up.

What type of Zoysia grows best in the shade?

Geo Zoysia is one of the most pleasing turfs you will find in a landscape. Geo has well to excellent shade tolerance. In contrast to other Zoysia. Moreover, it is too wear tolerant. Thus, making this a top choice for golf courses as well as residential lawns.

How long does Zoysia sod last?

Zoysia requires a lot less water as compared to other cool-season grasses. Thus, cool-season Zoysia looks good for about ten months of the year.

How often should you fertilize Zoysia grass?

It would be best if you fertilized turfs in their most active periods of growth. Hence, it is beneficial for warm-season grasses. It includes zoysia grass in the St. Louis area. May through August represents the period of most active growth. Thus, Zoysia grass requires about 1½ – 2 pounds of actual nitrogen per one thousand square feet per year.

Pros and Cons of Zoysia

Pictured above: a zoysiagrass tolon and roots from NC State Extension.

Maintenance practices for a mature, established zoysia grass yard differ by season. In general, you should mow Zoysia at a height between .5–2 inches. It is suitable that you trim Zoysia higher in areas where there is shade. So, the more you cut, the less of a chance thatch takes place.

If thatch takes place, it may prevent your grass from absorbing the water and nutrients required. Zoysia only requires about one inch of water weekly. Frequencies and watering times will change each season.

Furthermore, Zoysia will change into a straw-brown when in drought. But it will regain its pleasant look once you begin watering again or when rainfall occurs—watering the grass twice to thrice a week. Thus, based on temperatures and soil conditions will help it revive.

Consider if you have a sandier soil and live in an area with hot temperatures. It needs more irrigation. It is also better to water your Zoysia occasionally. During the winter months if you live in a warmer climate. Moreover, fertilizing your established zoysia grass lawn is also important. So, your yard gets the proper nutrients it needed.

A zoysiagrass tolon and
roots from NC State Extension.

Zoysia Turf, such as Empire and Nara Native, are ideal hard-wearing grasses. That has fast initial growth across the ground with highly branched runners. Thus, they provide rapid recovery from wear. This grass quickly forms a dense, cushiony turf. That makes it hard-wearing and able to cope with the wear and tear of children and dogs. Moreover, enhancing the strength of Zoysia grass is their high levels of silica. Thus, it benefits the lawn when under stress and delays wilting.

Tips for taking care of your Zoysia Sod

2. Most people do not fertilize the sod of their choice. Hence, depending upon the environment to do all the work. Spick-and-span yards get fertilized with the right amount and kind needed for that particular grass. Moreover, on a schedule based on the growing season. Thus, this keeps the grass healthy. Furthermore, it builds resistance to disease and insect damage.

3.Underfeeding or overfeeding leads to thatch build-up and lower resistance levels of the grass plant. Meanwhile, water schedules stabilize growing seasons and grasses. That is not adapt to growing in the water. So, don’t do well when left standing in over-watered areas. Moreover, healthy lawns smother weeds. But if you plagued your yard by the predecessors of last year’s yield. Then applications of weed killers at the accurate time are essential.

Applications of 2 – 4 lb. per 1000 sq. ft. annually when watering is enough. When watering for a larger growth rate, more fertilizer is needed. So, it is to maximize growth potential. Thus, fertilization levels determined by the fertility of the soil Zoysia is grown on. Follow these simple suggestions to enjoy your new lawn.

Zoysia sod comes with a host of advantages. But those benefits do not come without money. As you can see below. Your zoysia sod cost will mainly depend on the standard sod you buy. Moreover, note that one pallet of grass covers between 400 square feet and 500 square feet of the yard.

A lot of homeowners are installing sod instead of grass. It is because of cutting down on maintenance and ongoing expenses. Fortunately, there are numerous kinds of sod to choose. All have their advantages and disadvantages. Thus, as most remodeling projects do, the selection will largely depend on cost. Luckily, we have researched the average zoysia costs below:

Note: Prices above are for materials only. Thus, they do not include installation.

Summing up, there’s no reason to delay your zoysia sod project any longer. Materials are inexpensive. Yet, installation and nurture times are low. While some self-built, others like the peace of mind. That comes with hiring professionals.

In the end, we are hopeful that our take on a side-by-side guide regarding a zoysia sod would help you in choosing the one that suits your priorities.

One thought on “Zoysia Sod”

give us a few details to get started

Stay up to date

with the lastest information